Be Aware of your Surroundings

I enjoy traveling and writing about different exotic places in the world especially islands. I think while traveling to these faraway places you must really be aware of your surroundings and always on guard.

On Sunday while reading my paper I came across an article about to French tourist both of them women brutally murdered in Salta, Argentina my sympathies and condolences go out to the victims and their families. These two young women in their 30s were hiking in the mountains and enjoying the beauty of Argentina. But you have to remember there are always monsters out there waiting for their opportunity to strike. That is why you must be aware of your surroundings when visiting some of these third world countries like traveling in groups or with male counterparts. So my friends don't be afraid to travel the world and visited exotic place just be careful and keep one eye open at all-times.

Posted by rmsnotaryservice at 9:55 AM

If you're traveling along the Mississippi Gulf Coast there is a offshore island that you might want to visit it is rich in cultural and heritage. I am talking about Ship Island located approximately 12 miles off the coast of Gulfport,Mississippi. Unless you have your own boat the only way to reach the island is to take a ferry from a company called Ship Island Excursions they are an official Park service concession. 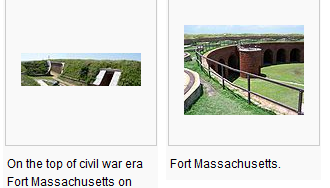 Five flags have flown over Ship Island the French, British, Spanish, Confederate and Union. Fort Massachusetts is also on ship Island it was built by the federal government but was later burned down by the Confederate Army who later rebuilt it but soon abandoned it.

The fort itself received very little damage from Hurricane Katrina but the restored lighthouse was completely destroyed along with the island's Pier and boardwalk most of the concession and sleeping quarters for the park rangers were also destroyed during the storm but have all been rebuilt back now. There are many interesting things to see as you wander around the island it is a great detour off the beaten path and a unique experience I'm sure you will enjoy.
Posted by rmsnotaryservice at 9:47 AM

Machu Picchu is often referred to as the lost city of the Incas. Although known locally the lost city was unknown to the outside world tell around 1911. Since this time Machu Picchu has become a very important and popular tourist attraction for Peru. Most of the site has been reconstructed in order to give tourists a better idea of what it might have looked like. In 2007 the site was voted one of the new seven wonders of the world in a worldwide Internet poll.

The Spanish were unaware of Machu Picchu during their conquest. So it is really an intact culture site. Machu Picchu was built in typical Inca style. It's three Main building are Intihuatana, Temple of the Sun, and the Room of the Three Window these the building are located in what is known as the Sacred District. Machu Picchu is 7973 feet of both sea level where the air is quite thin. When you visit you must be aware of this in case you have any problems such as shortness of breath also there is quite a bit of walking involved as you must climb many steps. I know this article is off my beaten path as I usually discuss different islands of the world but I thought you might like a change. So if you are looking for a total new and different part of the world to explore try Machu Piccu located in Peru.
Posted by rmsnotaryservice at 9:27 AM

The Island of Mallorca

I have been to the island of Majorca many times. I can tell you from personal experience it is one of the most beautiful islands in the world. Majorca has it all cliffs,coves and beautiful white beaches if you enjoy water sports such as para sailing, water skiing or body surfing or just bathing in the sun this is the place for you.

40% of Majorca is countryside you will enjoy the beautiful landscapes. In contrast is also has the magnificent city of Palma de Majorca which is the cultural center of the island. You must see the Gothic cathedral which was completed in 1601. About 11 million tourist from around the world visit this island the majority of them are from England and Germany. You will enjoy the nightlife of the island with its many nightclubs bars and restaurants to choose from. The island is not only perfect as a romantic get away but but wonderful for the entire family. So if you looking for an escape from the chaotic world around you and would like a stress-free atmosphere with beautiful beaches and world-class sunsets and beautiful sea views the island of Mallorca will fit the bill.
Posted by rmsnotaryservice at 7:12 AM

The Island of the Philippines

You will be truly rewarded if you take the time to go the extra distance to reach it. Because the Philippines is off the beaten path is a great place to escape the hordes of tourists who descend on other parts of Asia.

The Philippines have many natural wonders a string of coral island that stretch across a vast part of the Western Pacific. Some of the world's best diving and snorkeling can be had in the Philippines. You may want to visit the chocolate hills of Bohol or the white sand beaches of Sipalay or the party town of Boracy.

Any traveler who has been to the Philippines will tell you that it is the people and their culture that make the island's unique. Despite the poverty that affects much of the nation the Filipino people themselves are among the most friendly and easy-going people anywhere. The Philippines truly qualify as one of the last great frontiers in South East Asia what ever ocean you have to cross you need to see it for yourself.

Posted by rmsnotaryservice at 8:05 AM

The island of Bali

The island of Bali is one of the most enchanting island in the world. A million tourists land on its shores each year. You can enjoy many unique activities on this island such as mountain biking, surfing, hang gliding & parasailing just to name a few. 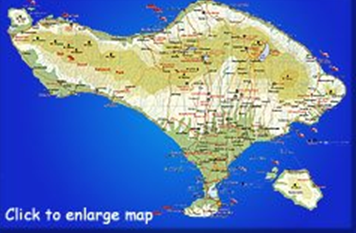 Shopping on the island is magnificent you can buy unique fashion items, high quality informal beach ware which is suited perfectly for the climate of Bali also gold and silver jewelry.

There are numerous direct flights to Bali from Europe, Australia and many Asian countries. There are domestic flight but only to the major cities. Regular passenger ferry run from Lova and Lombok. Many cruise ships also stop off in Bali.

If you're looking for and enchanting island with a culture of gentle people the legendary beauty of a land cross with rice fields and ancient temples and coral seas alive with marine life beyond imagination Bali might be just the place for you.

Posted by rmsnotaryservice at 6:18 PM

If you need a break from this overcrowded world and are weary of all the crazy things going on in it. If you need an escape the islands of the lower keys are for you. Let me recommend Big Pine Key here you can snorkel or dive over the Looe Key coral reef or ride a bicycle through deer country or just go fishing in the back country you may like to try to troll the beautiful blue waters beyond the reef.

The Florida Keys are located about four hours from Miami. Once you cross over the 7 mile Bridge it is an area made up of small resorts quaint restaurants family homes and a untamed wilderness with a rich history not to mention some of the most beautiful beaches in the world with a world-class sunset. No matter what you are looking for the lower keys have it tiki bars, campgrounds, beautiful resorts or vacation homes or if you have an RV great parks with magnificent views. The smell of mangroves and the wetlands are not far away so check out the lower keys I think you will be pleasantly surprised.

Posted by rmsnotaryservice at 6:30 PM